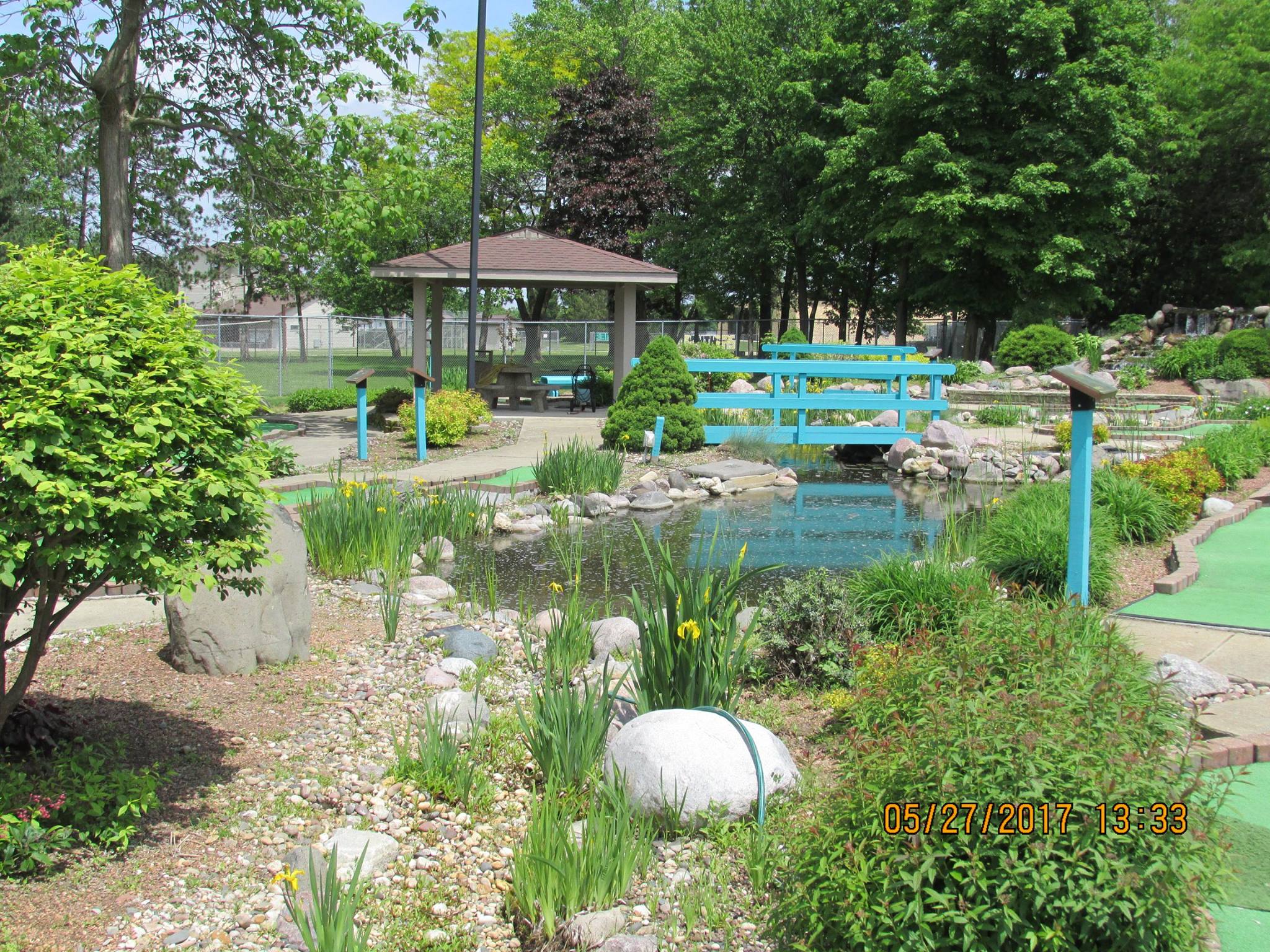 The year was 1953 and Mr. Vernon Boeke had an 18 acre parcel of ground that he agreed to sell to the Lena Lions Club for $4,000.00. This is the area currently known as Lions Park. The Lions Park boundaries have changed in the past several years with the addition of the Hager property and DeVoe property to the original tract. In 1955 the Lena Community Park District was voted in by referendum. The original five commissioners were: John Esmond, President from 1955-1963; Milo Schudt, Vice President from 1955-1961; Francis Holmes, Secretary and Treasurer from 1955-1963; and Louis Heyer and Louis Schermerhorn, Advisors from 1955-1959.

These fore fathers provided the insight for developing the Boeke property into a beautiful park. Early pictures show volunteers from Russell Cox of R.E. Cox Construction providing manpower and equipment for making the ball diamond. With very few, if any staff, the early improvements were provided by volunteers.

Lena looked to the many recreational opportunities being offered by the neighboring Freeport Park District and in 1965 decided to build a new swimming pool. Commissioners at that time were: Dr. W.H Cable, Dr. Neal Chapin, Eugene Becker, Denzil Mead, and Daylon Price. The cost for building this new facility was $300,000.00. We have a photograph of Mr. Wieland “Willie” Kayser doing a hand stand on the diving board. When Splash Land opened in 1995 Willie came back and repeated his hand stand performance. It was nearly 30 years and the same Willie doing another hand stand.

During this time, the Lena Community Park District was preparing for more growth. The Board of Commissioners decided to obtain a Master Plan for the park district. This document would help establish guidelines for future programming and facility expansion. The Village of Lena was growing and there was a growing need for more park open space and more ball diamonds. The new master plan suggested that the park district purchase the field northeast of Lions Park now known as Parkside subdivision.  This expansion of homes “land locked” Lions Park.

In 1972, the West Point Township Board offered Schudt Park to the park district. This property was transferred for $1.00 to the Lena Community Park District. This park is located west of the former Waddams Grove School on property that was once owned by John Schudt, of whom the park is named. In 1973, the Master Plan was once again used as the basis for receiving a $4,000,000 grant from the Illinois Department of Natural Resources for the purchase of Dodds Park. This eight acre park was purchased from Mr. Gishwiller. Many volunteers helped build this park with donated equipment and materials. Dodds Park helped ease the need for more ball diamonds and recreational open space.

In 1985, the Stephenson – Black Hawk Trail was dedicated. The trail was made possible through the efforts of Dr. Vickery and Melvin “Butch” Polhill. The Stephenson – Black Hawk Trail is a Nationally Registered trail. Each year this 14 mile trail is hiked by Boy Scout troops from throughout the United States. The Lena Community Park District maintains the trail and provides trail patches and information surrounding its historical significance to our area.

In 1989, a petition was circulated requesting that a park be developed for the residents in Fairway Hills subdivision. At this same time, St. John’s Lutheran Church was also looking to build a playground for their members. The Lena-Winslow Jaycees were looking for a community service project. The Lena Community Park District purchased a lot from St. John’s Lutheran Church for $1.00 and an additional lot from Stuart Duth, and Jaycees Park was developed through volunteer labor and donations.

The 1990s represented a lot of change for the park district. The relatively new summer recreational programs would continue to expand and grow, which gave park patrons of all ages something to do over the summer, and for others, summer employment. In 1992, The Americans with Disabilities Act entered into the picture as a new federal building code, which required the Lena Community Park District to upgrade its facilities. The 1966 circa swimming pool was placed under the microscope. This facility had numerous state and federal code non-compliance issues.  The pool vessel was crumbling and the mechanical/filtration system was failing.  After two exhaustive studies the board decided to build what is now Splash Land Family Water Park, which opened Memorial Day 1995. A year later, Splash Land Food Court was opened, and in 2001, Splash Land Mini Golf was opened.

In 2001, the Village of Lena was able to purchase the area formally known as the Lena-Winslow Elementary School’s playground. This parcel was purchased from the Bill Dietz family with TIF funds and given to the park district. The Lena Lions Club purchased and installed a new playground unit. This park was dedicated on May 19, 2005 as Polhill Park, in honor of Melvin “Butch” Polhill for his twenty-five years of service to the district as Commissioner.  This event also celebrated the 50th year of the Lena Community Park District.

The park district was approached during January of 2004 by the Jane Addams Parkland Foundation with their offer of buying and developing a small parcel of land on the Pecatonica River.  This land was to be donated to the park district. The notion of owning and operating a boat landing was a big step for our park district, but recreation and leisure activities come in many different forms.   The park district purchased what is now known as McNeil’s Damascus Landing in February 2006.  This park was developed through many donations of labor, material and equipment.  It has been very successful in use.  The park district applied for an IDNR-BAAD grant and was notified in the spring of 2007 that we were successful in obtaining $133,000.00 for the development of a concrete ramp and commercial docking.

The park district was working on a new Master Plan and also looking into the expansion of Dodds Park for soccer fields and ball diamonds.  The park district applied for an IDNR-OSLAD grant in July of 2006.  In October of 2006, we were notified of our award of $54,000.00 for help in the purchase of additional acreage to expand Dodds Park.   The park district added indoor leisure activities with the Activity Center located at 220 W. Main Street.  Specialized exercise, card playing and summer programs are held here.

The Master Plan dictated our strengths and weaknesses.  The public has asked for a recreational trail to connect Lena with Lake Le-Aqua-Na and eventually to the Jane Addams Trail, which is being explored by the Lena Economic Development Committee.  There is also interest in a “bark park”.     The Lena Community Park District will continue to grow in programs and facilities to meet the ever changing needs of our patrons. 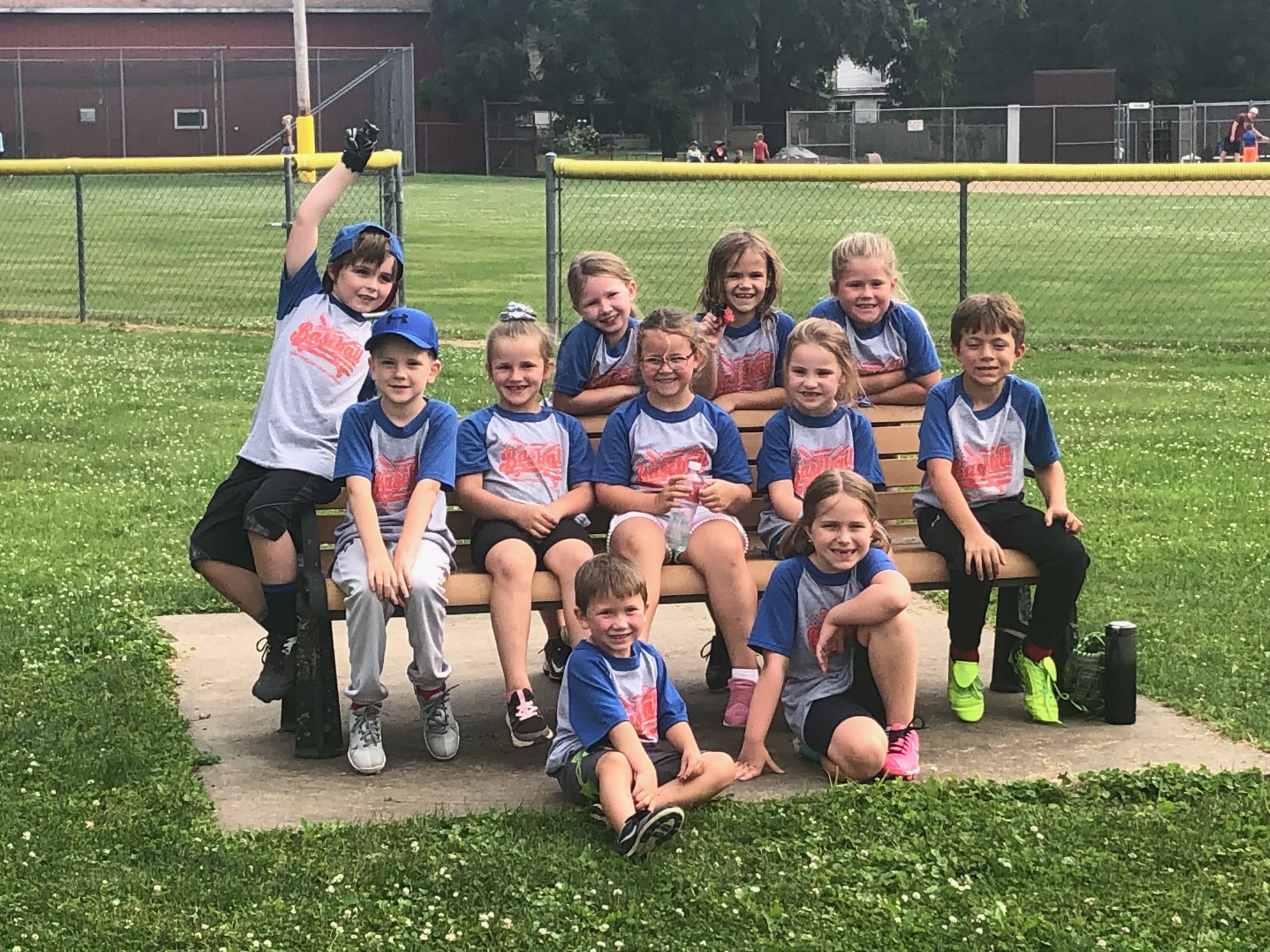 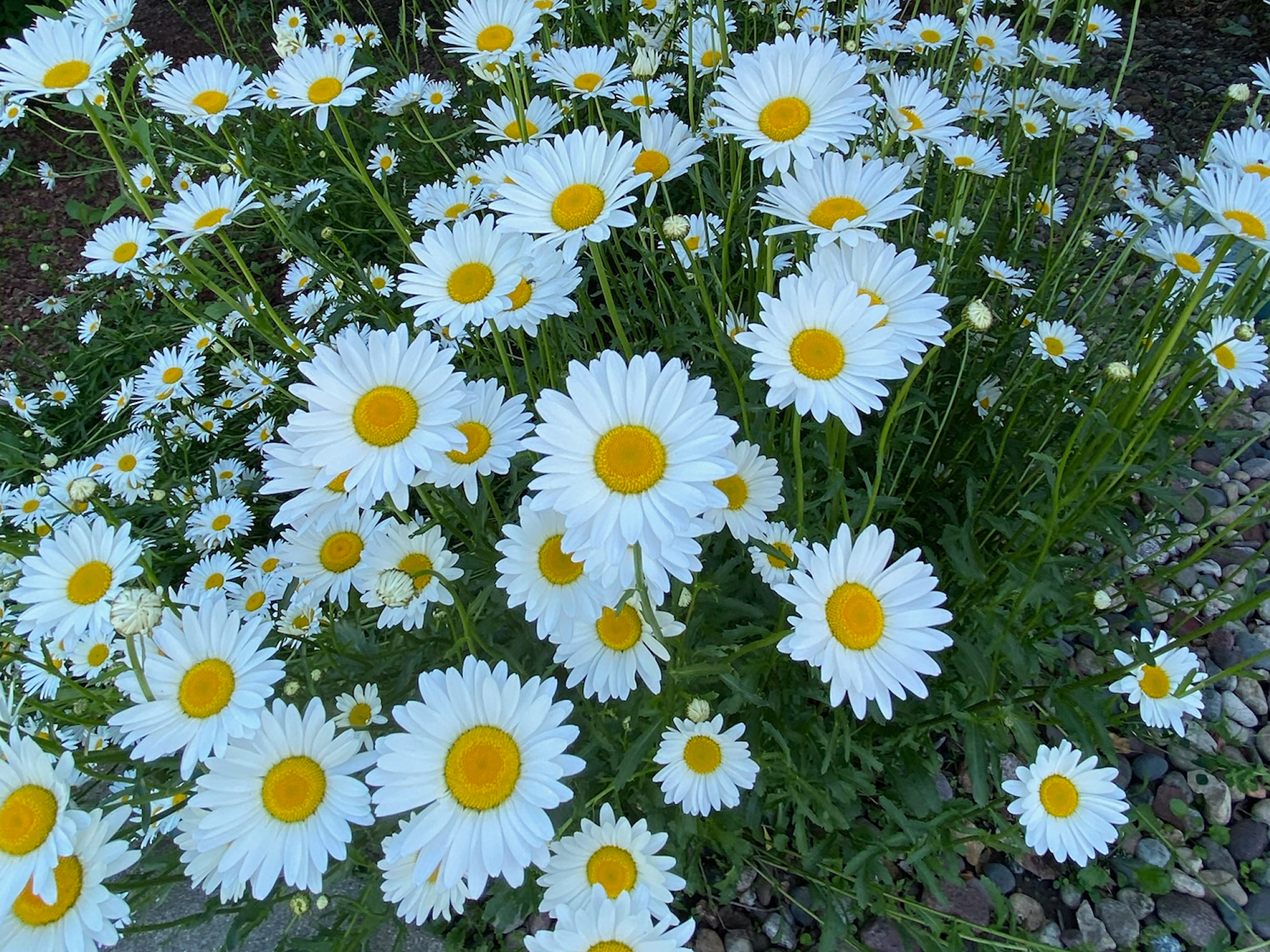 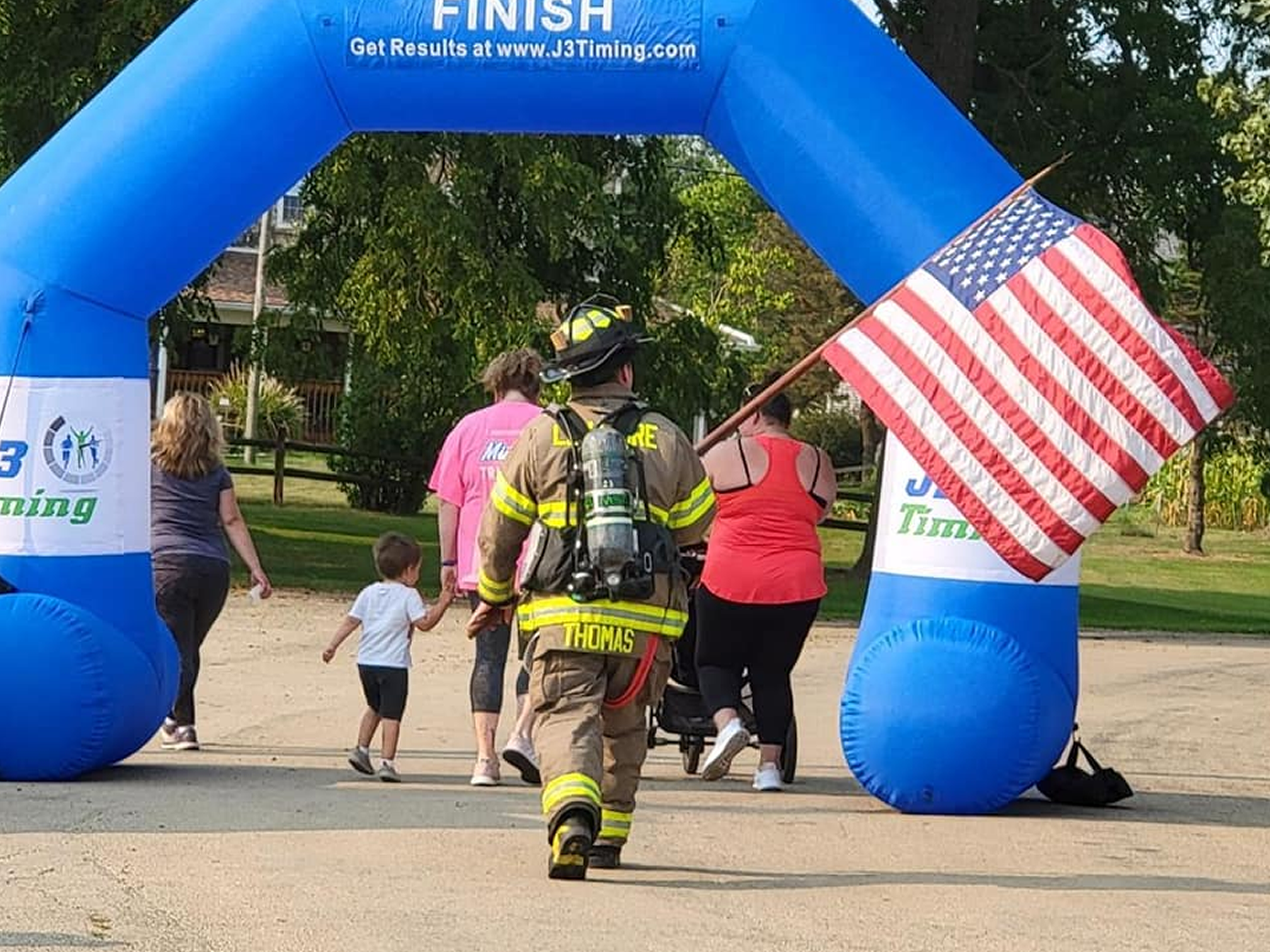 Friends of the Park